Garrett Culver is a technology enthusiast who works in the field daily as a Director of Information Technology and private technology consultant. His fully detailed professional résumé is available online and for download in multiple formats: Microsoft Word DOCX or Adobe PDF. A brief one-page résumé can also be downloaded in DOCX or PDF format.

In addition to his current full time job and part time consulting business, Garrett is involved with his local community. He serves as Secretary for Corry Area Arts Council, Inc and is on the board of directors for Creativity For You, an arts & entertainment driven affiliate of the Arts Council. He also volunteers as the president of the Alumni Board of Trustees of his college fraternity, the Penn State Behrend Chapter of Delta Chi. Additionally, he volunteers time as a contributor, moderator, and administrator to multiple online communities, centered around technology and troubleshooting. Garrett holds a Bachelor of Arts in English (affording him better communication skills than the average “tech guy”) from Penn State Erie, the Behrend College.

Everything he has ever written for the web (opinion pieces, technical advice

columns, editorials, reviews of everything from gadgets to games, to music, and movies) is archived at http://NuAngel.net (an online moniker he began using clear back in 1999).

Garrett’s current “spare” time is often dedicated a small hobby he picked up in late 2015, to introduce 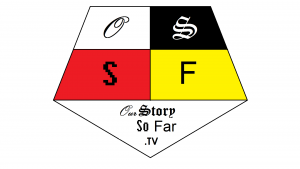 himself to digital video editing. This project researches and introduces viewers to the story-driven fiction of some classic video games, such as Pac-Man and Donkey Kong. The videos can be found at http://OurStorySoFar.tv. It serves as both a lighthearted distraction from any day to day tedium and a method by which he can learn new skills such as creating content for the modern web.

Domains currently owned (and what I do with them):
GarrettCulver.com (you’re here now)

NuAngel.net (everything I’ve written since I was about 14: reviews, editorials, tech support articles, and more… owned from 1999 – 2005 & 2010 – present)
OurStorySoFar.tv (self-produced videos of video game reviews focusing on the fiction of the games)
DeltaChiBehrend.com (hosted for the local chapter of my college fraternity)
TheWindowsUpdate.com (A Microsoft blog aggregator I built to help myself stay up to date with all goings on with Windows and other Microsoft products)
NuAngel.org (reserved for unknown future)
WinBreak.com (I bought this less than a year after I let NuAngel.net expire because I wanted to start writing again – but someone was squatting on my old domain. Once I reclaimed NuAngel.net, all content was exported to that site and the domain now forwards there)

Domains formerly owned (and what I was doing / wanted to do with them):
NuAngel.info (was used as a test site before pushing changes to my main website)
CorryAreaConsulting.com (LLC, small business or house call computer repair services)
GamersTable.com (multiple chat rooms dedicated to console games – chat rooms have since gone out of style)
WhutsIT.com (technology consulting service website)
WhutsIT.info (used as public-facing hosting for frequently accessed tech & consulting downloads)
XboxMail.com (intended to provide free email service for Xbox users with direct integration to Microsoft “Live ID” – Microsoft feared scam potential, never authorized domain for account integration)
XboxMail.net (simply intended as an alternative TLD choice for email users of the service)
Upload4Me.com (service for people in remote areas with low bandwidth to physically mail large quantities of data on media of choice, then upload the data to their host on their behalf)
BlockAndBlob.com (intended to be a joke / comic site, never launched)
BFGs.org (Never knew for sure what to do with this site, thought it might be gaming related, I just enjoyed having such a short domain for a while)
BehrendDeltaChi.com (an alternate domain for DeltaChiBehrend.com)
GreaterErieDeltaChi.org (originally reserved for a planned alumni chapter of Delta Chi)